Description: It is 1968. Margaret is working in the White House during the tumultuous Vietnam War while the country is still grieving the loss of President Kennedy. The morning after a White House party, she wakes up in a haze of confusing memories. A few weeks later, she realizes she’s pregnant, and her world is shaken.

Description
IT WAS A
SOFT BUZZ,

not sharp, and without warning, it stopped. Nine-year-old Lark opened her eyes. A honey bee had landed on her arm. The honey bee cleaned her fuzzy face with her tiny black arms, turned in a slow circle, and then took off toward the hive. First-year beekeeper Lark Oakmyer has been given the rare invitation to join her old friend, W, at his bee yard with thousands of honey bees.

But then, through a series of strange occurrences, Lark, her brothers, and their friends find themselves discovering clues to a bigger mystery than the bees. She soon learns that she has friends in high places and that the wonder of honey bees is more than she could have ever asked or imagined. Through their faith in God (and a bit of help from the bees), they make the impossible, possible. 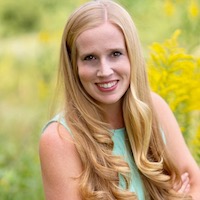